HOW I USED A DIGITAL METER TO REDUCE MY POWER BILL

Live for Less editor Mike Watson recently had a digital electricity meter installed at home and got busy learning about his electricity usage habits. It ended well.

During the winter of 2018 we decided to take up our electricity retailer’s free offer to replace our old meter with a digital meter at our Brisbane home. We wanted to see what a digital meter (also known as a smart meter) could tell us about our usage via the retailer’s smartphone app, so that we might reduce our bill.

WHY A DIGITAL METER?

Obviously, energy companies love digital meters because they no longer have to send out someone to read your meter every quarter. Digital meters instead deliver data straight to your retailer, captured daily, in half hour increments.

But retailers can also pass on the data to you via a website portal and/or a smartphone app. The idea is that by better understanding your electricity usage you can change some habits that are wasting power. Thus, your bill ends up lower.

WHAT CAN THE ONLINE TOOLS TELL YOU?

The usage information you get from a digital meter depends on the design of the web portal and/or phone app that your retailer provides you.

Most of them show info like your half-hour usage across a day, how many kilowatt hours you used that day and – most importantly – your daily cost. Many retailers also include other tools, such as being able to set yourself alerts in case you have set a budget and it looks like you might exceed it based on your current usage patterns.

Our own retailer’s phone app is easy to use and understand. We don’t get the data in real time, but for the previous day. That’s not ideal, but not a big issue either. You just need to remember yesterday’s routine and it quickly becomes clear what appliances belong to what usage peaks.

For comparison, I looked at a range of other Queensland retailers online to see what apps they offered for digital meter customers. The screenshots they provided of the tools generally looked well designed and easy to work out. I recommend you talk to your retailer for the detail.

We’re two adults in a household with no connected gas. So we have a single electricity bill for hot water, cooking, appliances, everything.

For energy efficiency, we already have:

So in those three areas, we don’t expect to make any further savings.

Before we had our digital meter installed, our power bill averaged $170 a month or around $500 a quarter in a typical year. It was a bit higher in summer and winter due to heating and cooling, and a bit lower in spring and autumn.

After 2 months of seeing our meter data via our smartphones and changing some household habits, we’ve now reduced our bill to about $120 a month or $360 a quarter (about $4 a day).

WHAT WE LEARNED: HEATING & COOLING

Within the first few days of using our app, the first thing we realised was:

1. Just how long we were running the air conditioner in the mornings for heating.
2. How much it was costing us (a lot).

It was the middle of winter, and ours is not the warmest of homes, but straight away we realised we could make some changes.

Previously, we had the timer set to start 1 hour or more before we got up. Instead we tried setting it to come on about the same time as the first of us crawled out of bed and – get this – the two rooms we were heating felt just as warm. On weekdays, we also changed the timer to turn off the air con well before the last person left the house, as the residual heat was enough to ward off the chill.

Come summer, we’ll be using the air conditioning again, even though we often run the ceiling fans in hot weather instead. We already set our cooling no lower than the recommended 24 degrees for energy efficiency, but I can see that the meter data will still be super useful.

Above is two examples of heating costs on cold weekday mornings. In the first screenshot, note the half-hour peaks in the early morning, which was our typical winter usage; in the second example, those peaks don’t last as long and the overall daily cost is $2 less, reflecting our decision to heat in the mornings for a shorter period. Both days were cold mornings and our household routine and appliance use on those days was otherwise the same, so it’s a valid comparison.

WHAT WE LEARNED: OTHER APPLIANCES

After a while we also saw big usage spikes when we used the dishwasher and the washing machine.

So we took a closer look at our options.

The labelling on our old front loader washing machine is not good. You can do a hot wash if you want – we never do – but the machine seems to heat water on most cycles anyway (I think to 30 degrees) without actually saying so.

So we just started using a cycle we definitely knew to be cold wash. The next time we washed on a comparable day – same number of loads, same appliance usage in the rest of the house –  the clothes were clean and daily power usage was down.

As for the dishwasher, we were already using the self-dry option at the end of the rinse cycle. But we’d never used the washer’s proper economy cycle, so we started using at was well. Result: clean dishes, less power, lower daily cost. Winning!

Above is two examples that reflect using washing appliances differently. On both days we used the washing machine (1 load) and the dishwasher (1 load). But on the second day – see the second screenshot – we used completely unheated water in the washing machine and used the economy setting on the dishwasher, and our overall daily cost dropped by about $1.30. Our other appliance usage on those two days was pretty similar, so it’s a valid comparison. To be sure, we repeated the washing experiment and got almost exactly the same daily cost reduction.

WAS IT WORTH IT?

A drop in our bill from an average of $170 a month to $120 a month was substantial, making the switch to a digital meter definitely worthwhile for us. Our meter was installed free, though the waiting period was several months.

Experiences and savings will vary, depending on how many people you have living at home, whether you have kids, what kind of appliances you own, and so on. But whatever your scenario, understanding your usage is a powerful thing.

One point: while not hard to use, electricity usage apps are for people who want to be a little bit proactive and are willing to change some habits. If you think high energy bills are nothing to do with you and would rather just yell at the government, good luck with that. Venting can sure make you feel good, but will it lower your bills?

HOW TO GET A METER

According to the Queensland’s Electricity Act 1994 and the Electricity Regulation 2006, all new and replacement electricity meters installed in homes will be digital meters. A simple overview is available on the QLD government website.

Talk to your electricity retailer. Rollout policies seem to vary, but our current retailer offered us a meter installation when we switched from our old provider earlier this year. You might discover it’s also a good time to shop around for a better overall deal on your electricity.

You can purchase energy monitors from many electric retailers, however, the PhiSaver Energy Monitoring System is a great device which can be used on any household with any energy provider.

Here’s a complete list of electric retailers selling power to households in the greater Brisbane area, current at 1 October 2018:

Formerly Live for Less, the Sustainable Living team are here to help you lower your cost of living while reducing your environmental footprint.

Explore our other articles 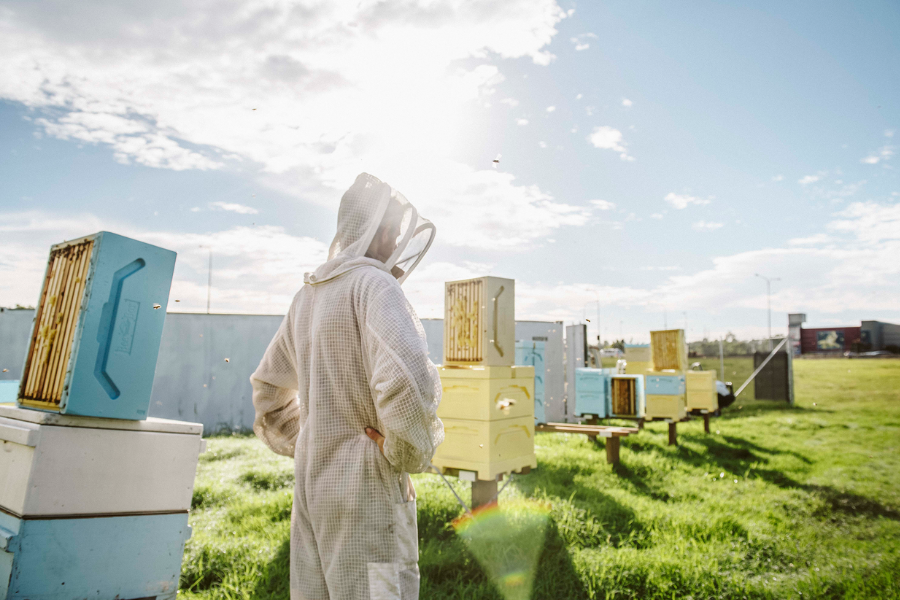 Help native bees thrive in your garden with Bee One Third

Transforming your yard into an urban farm 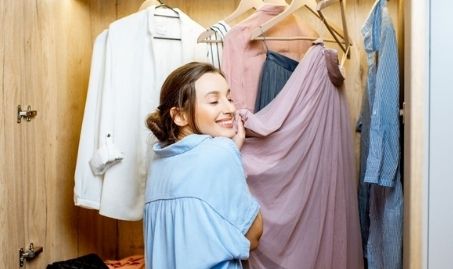 You might have been putting it off for a while, because let’s face it, culling…
Find out more 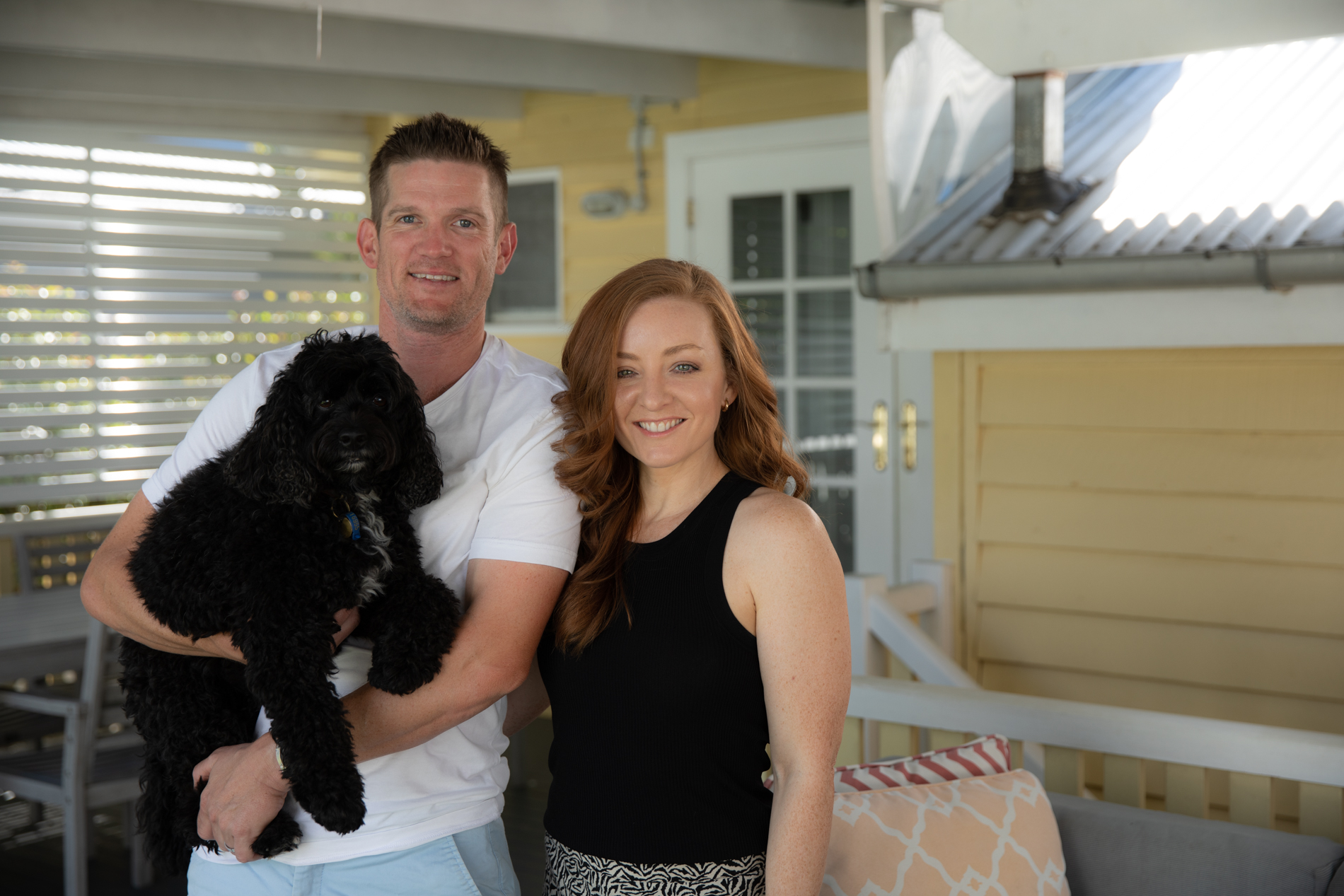 Having a $7 energy bill while halving your carbon footprint: Here’s how!

In Brisbane’s summer, it can be hard to turn away from the comfort of air…
Find out more 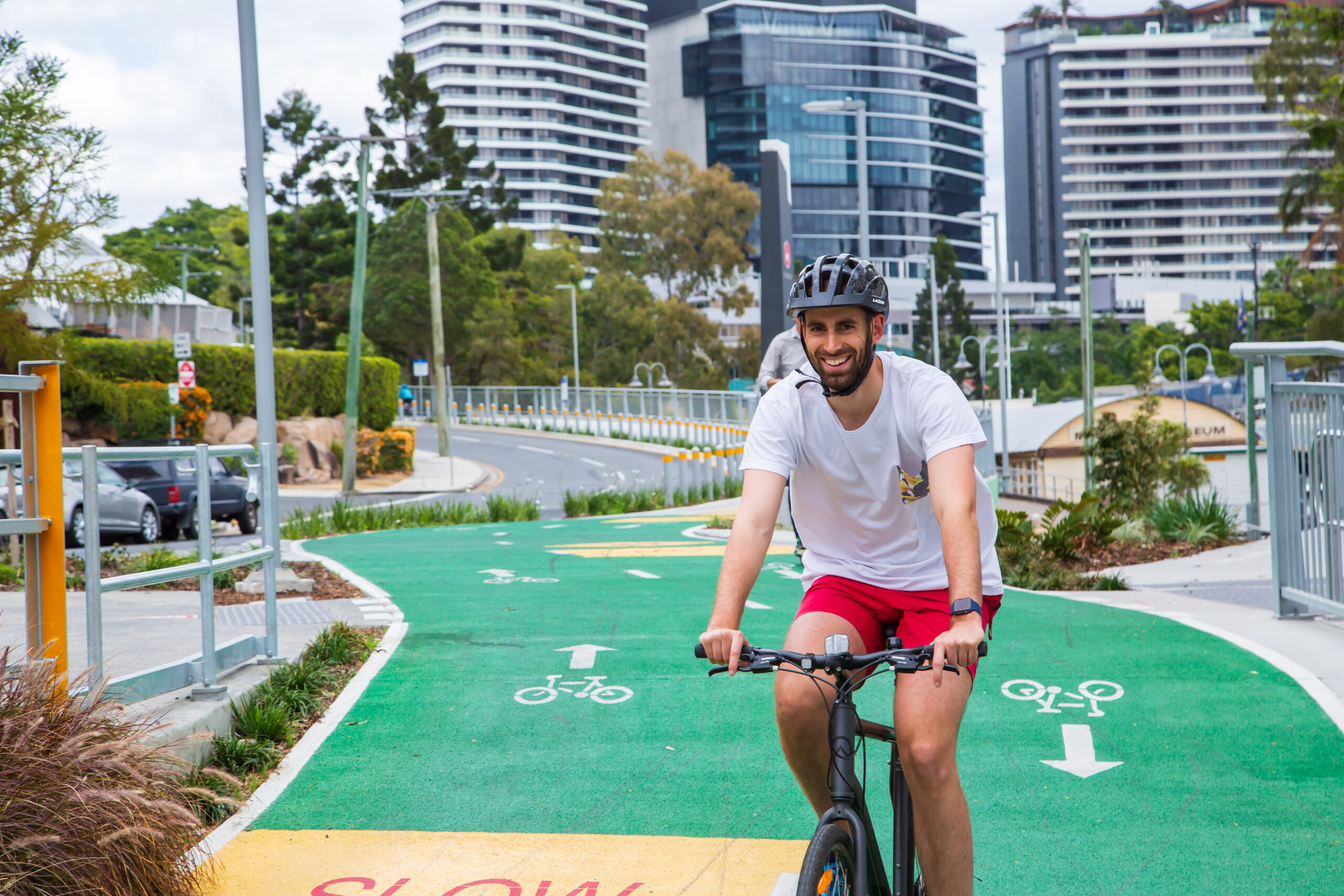 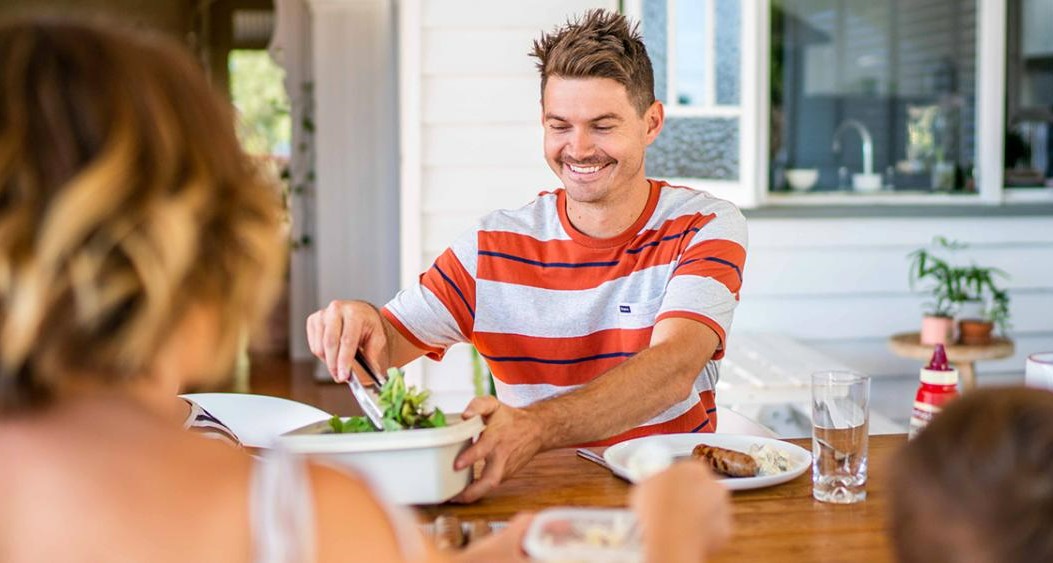 Most of us would have heard the familiar R’s – Reduce, reuse, and recycle. However,…
Find out more

Despite the best of intentions, our New Year’s resolutions always seem to slip away from…
Find out more 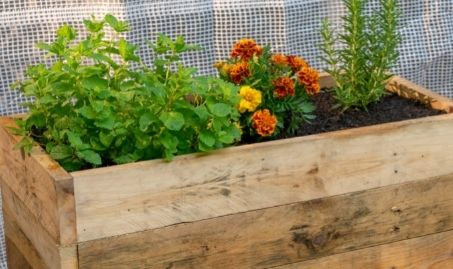 Having a more sustainable Christmas doesn’t mean going without. But it may mean a little…
Find out more 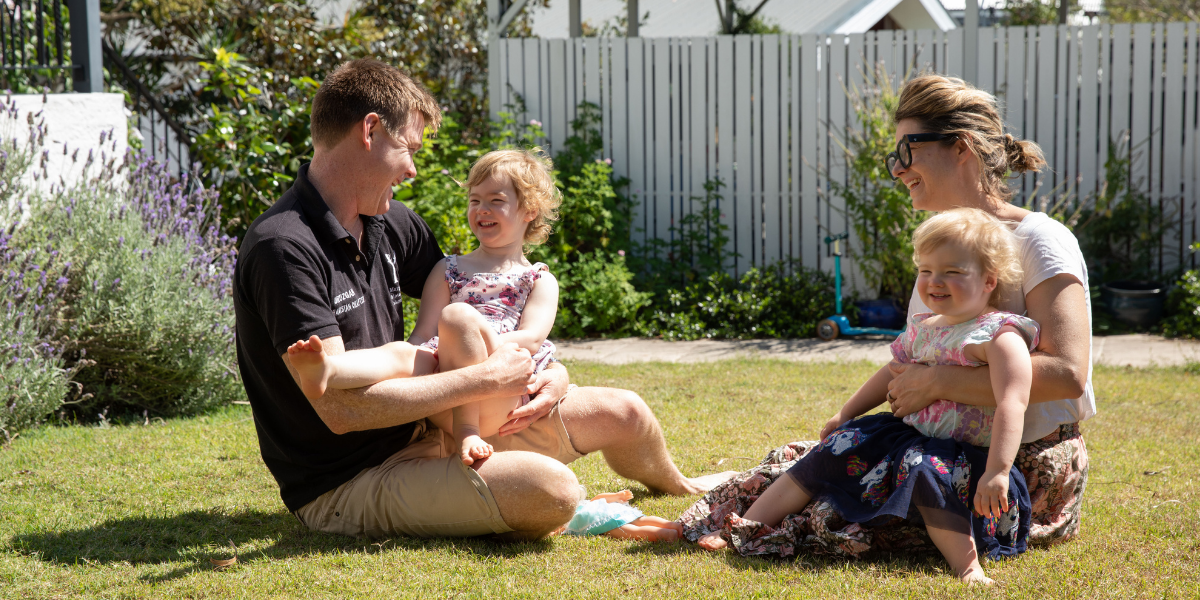 How to have a low-carbon holiday

Brisbane Sustainability Agency chat to households who are enjoying their holidays without costing the planet.
Find out more 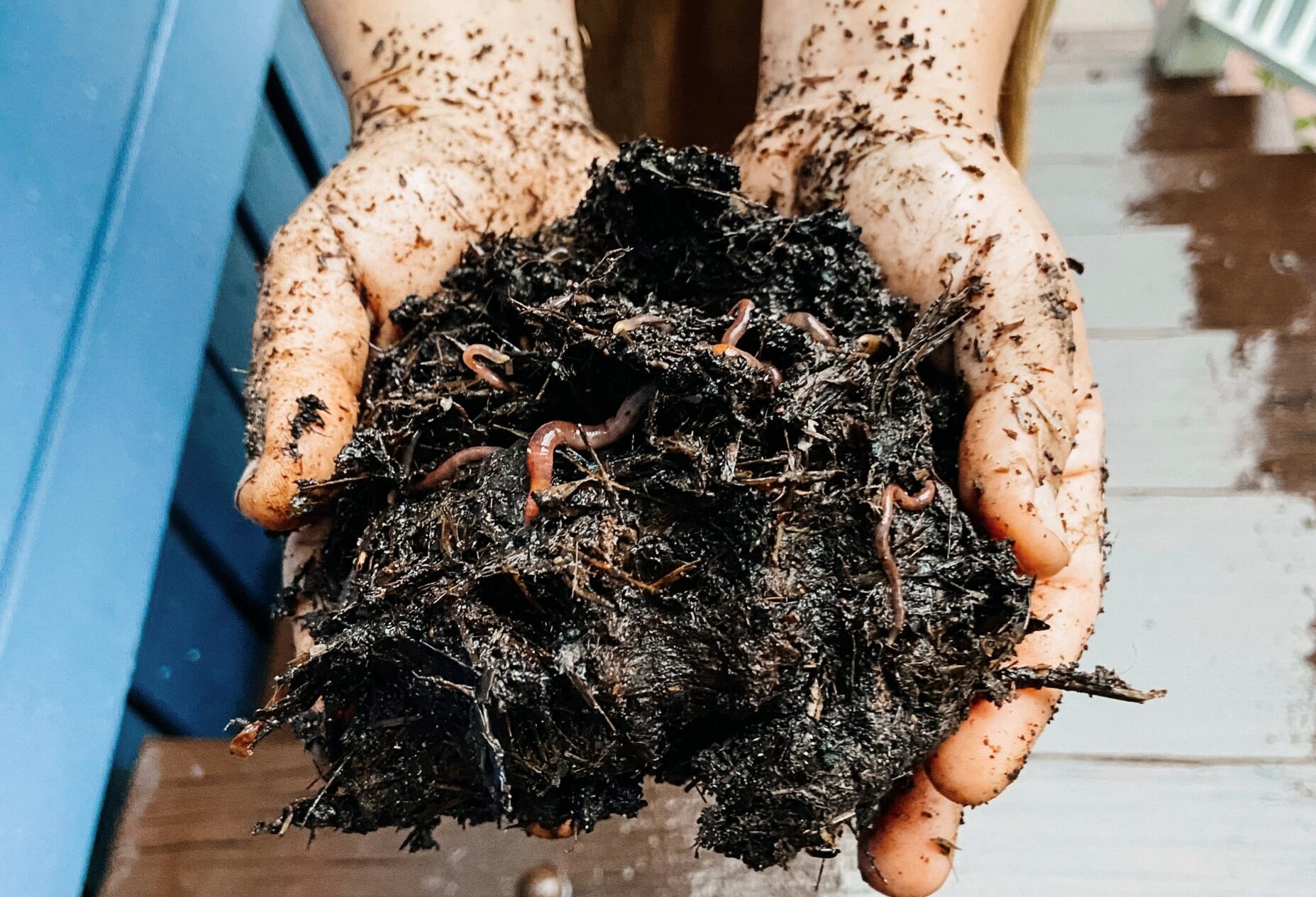 Top soil tips for a healthy garden this summer

Soil health is fundamental for healthy food production. Katie Irwin from Waste Not Collective shares her…
Find out more

Want to reduce carbon emissions while living alone? Here’s how.

How to create a verge garden 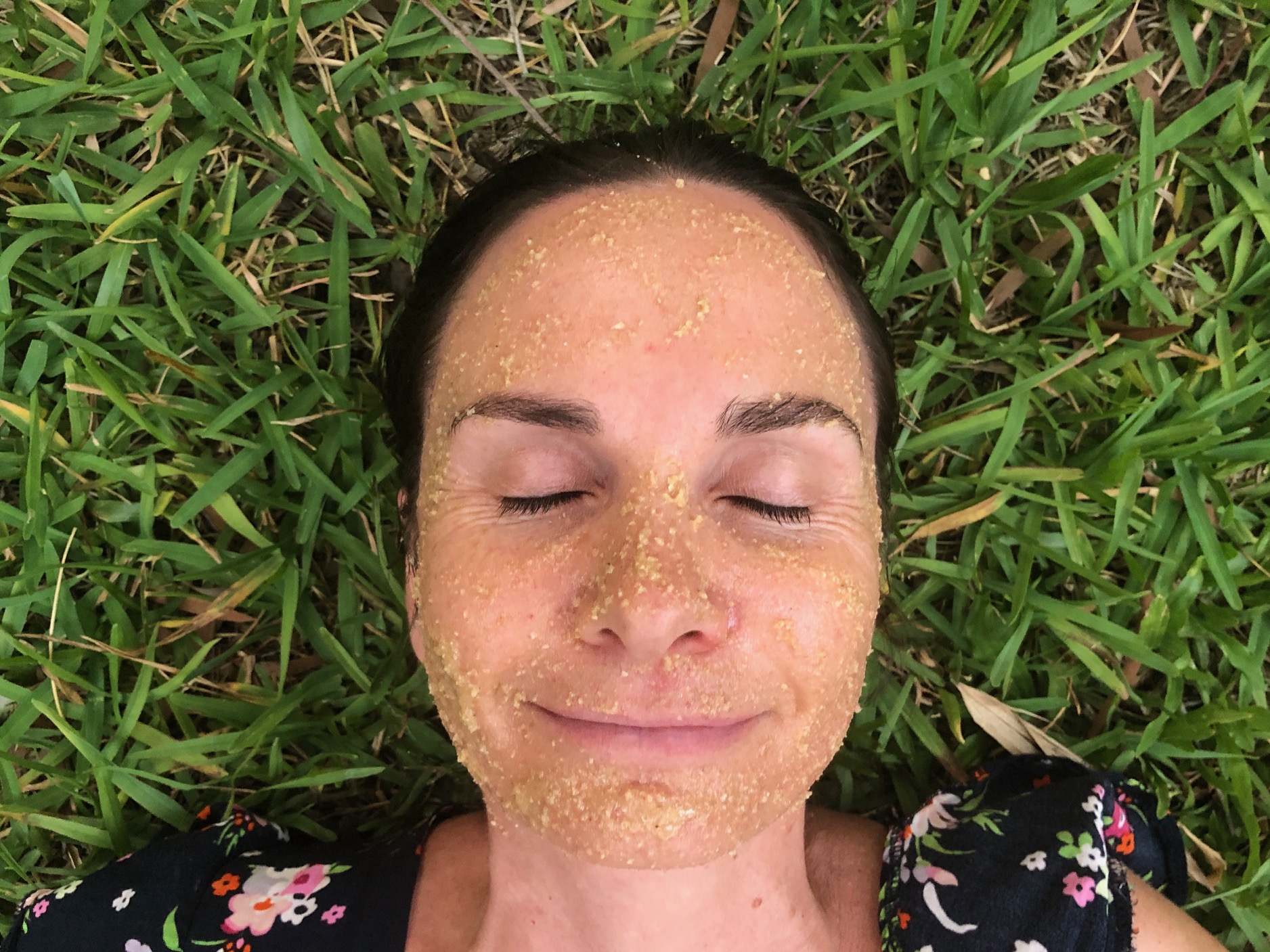 DIY self-care products from your pantry

Cherie Paison teaches us how to make self-care and pamper products from your pantry. Treat…
Find out more 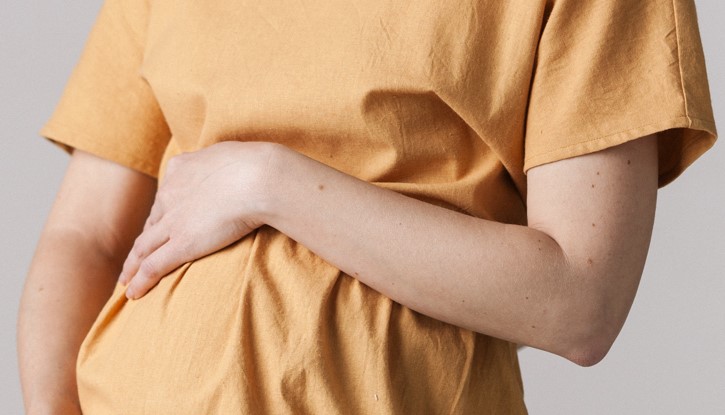 For any mums-to-be in your life, Chloë Cipra shares maternity sewing projects you can work…
Find out more

How permaculture can help you live for less

How to set up your own neighbourhood compost & sharing hub 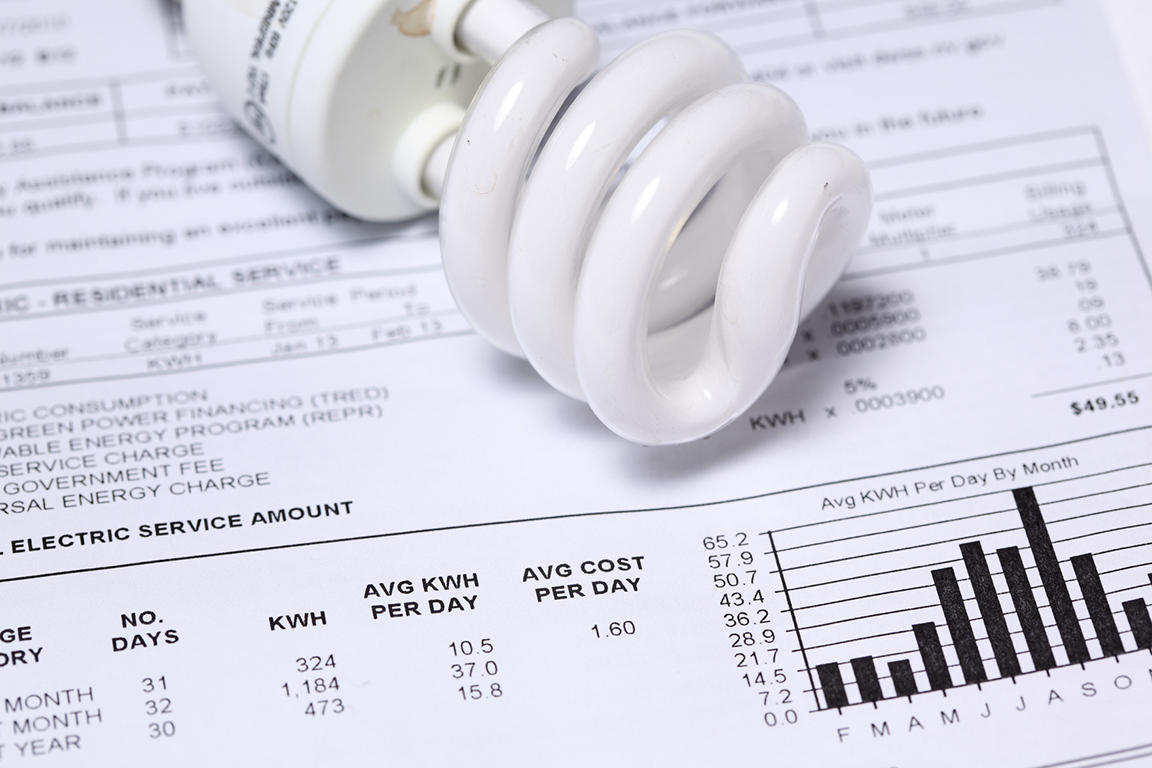 Save energy at home 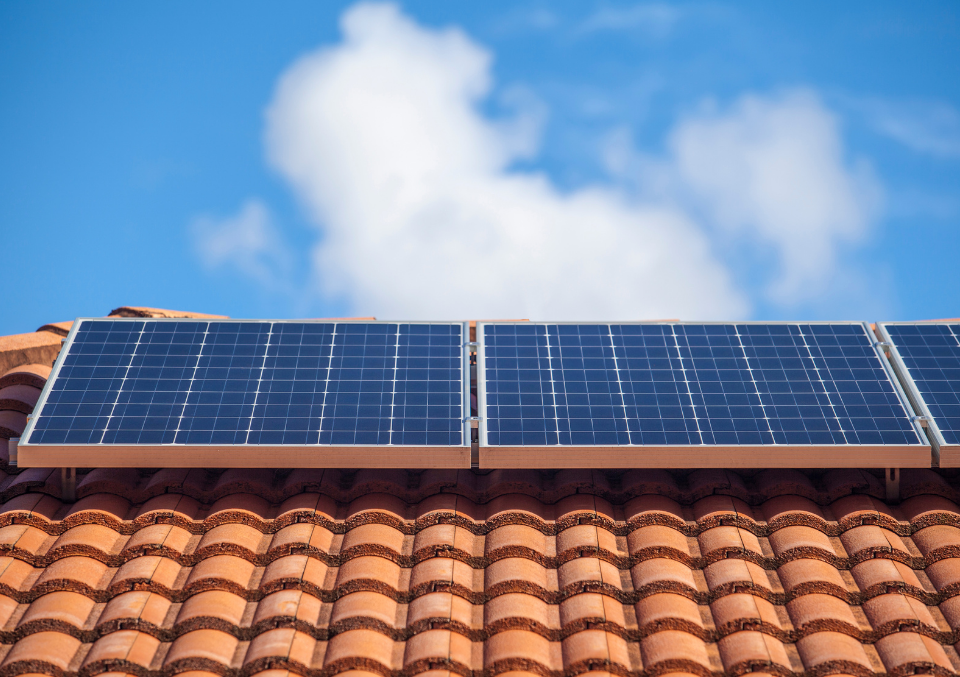 Clear up any questions you have about installing solar. Nicole Lutze speaks with Your Solar Quotes to…
Find out more 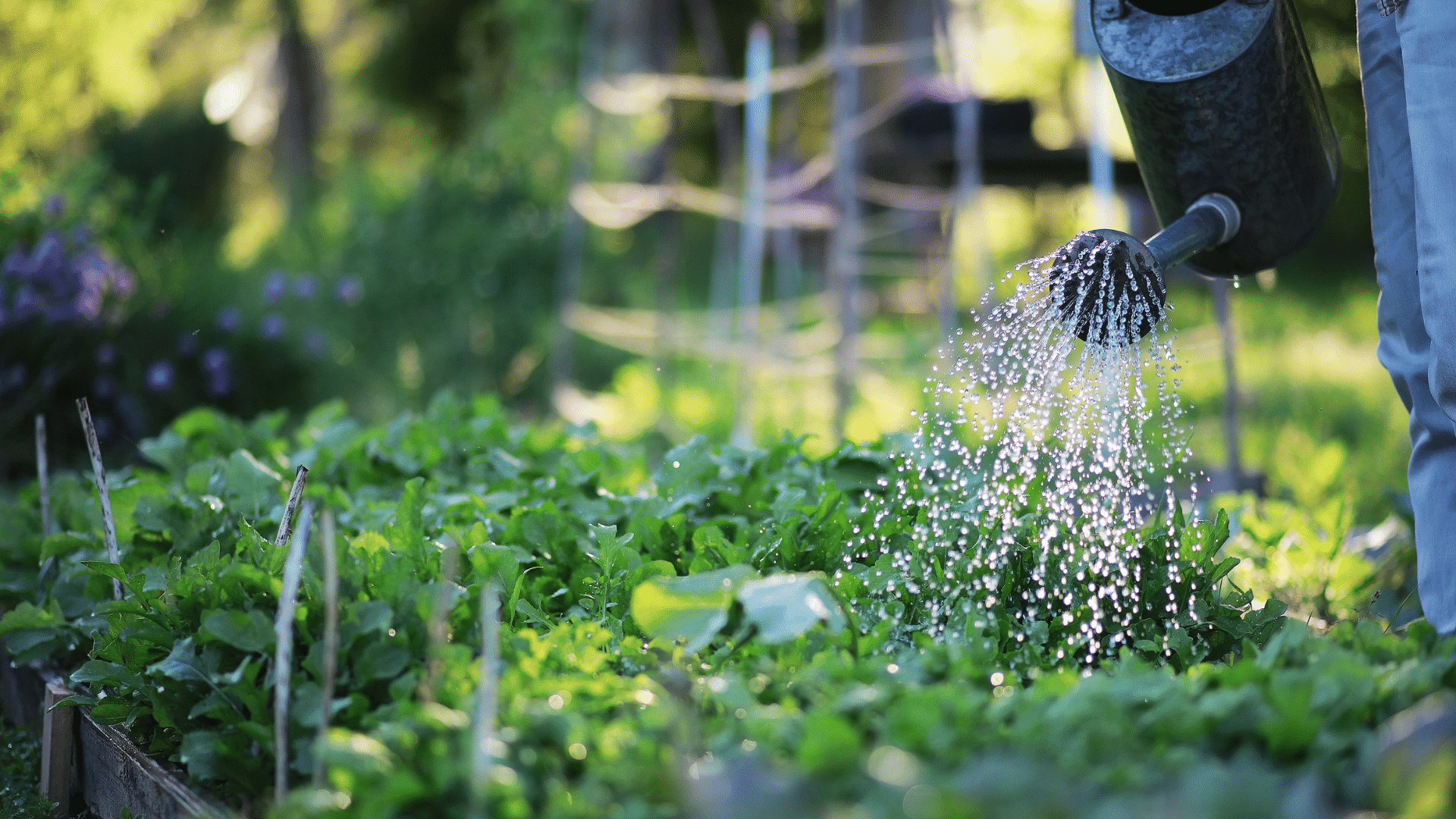 Waterwise gardening for a Brisbane summer

Save water in your home with easy switches. Nicole Lutze discovers how simple changes to your home…
Find out more 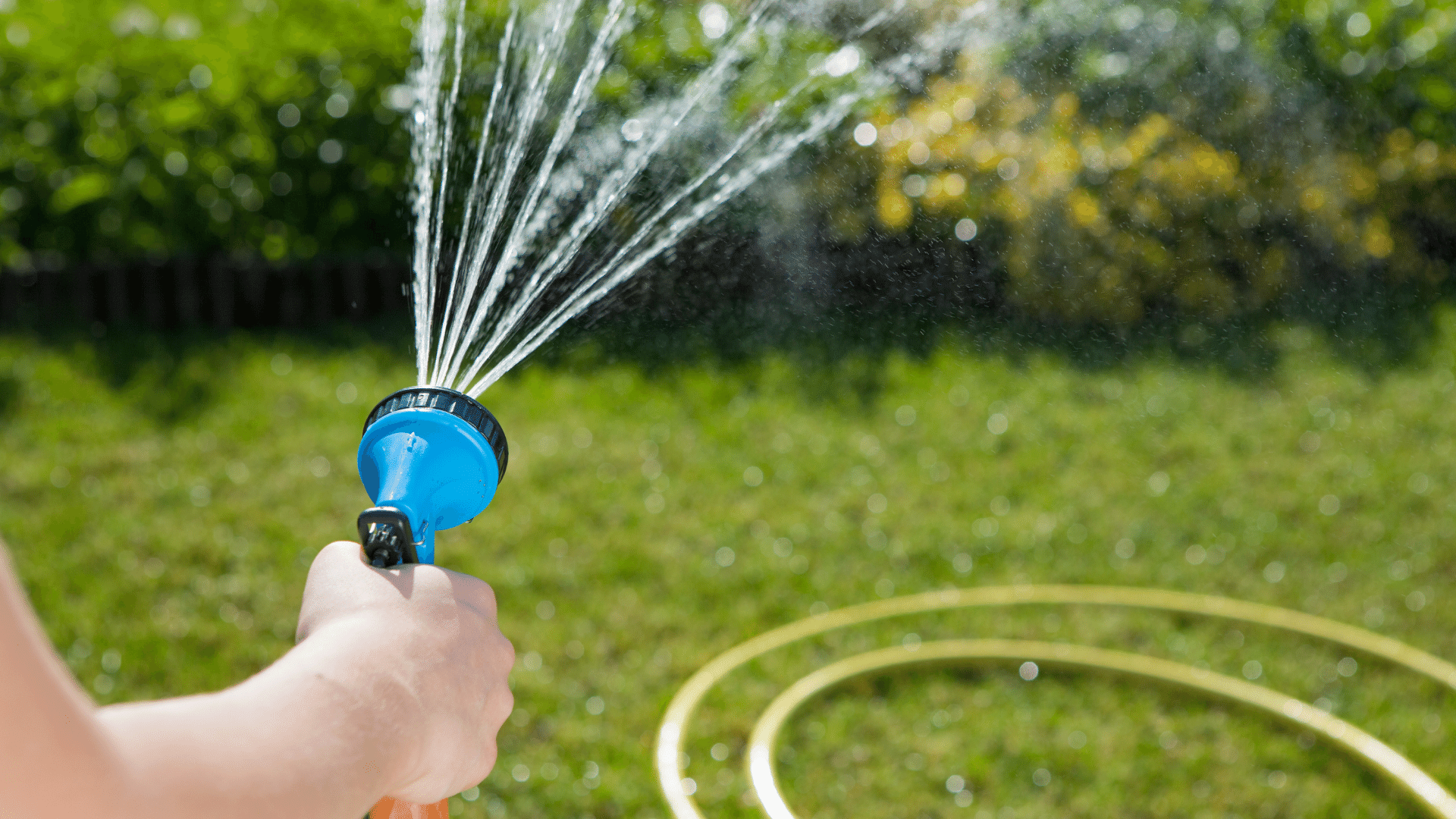 Saving water at home during summer

Save water in your home with easy switches. Nicole Lutze discovers how simple changes to your home…
Find out more 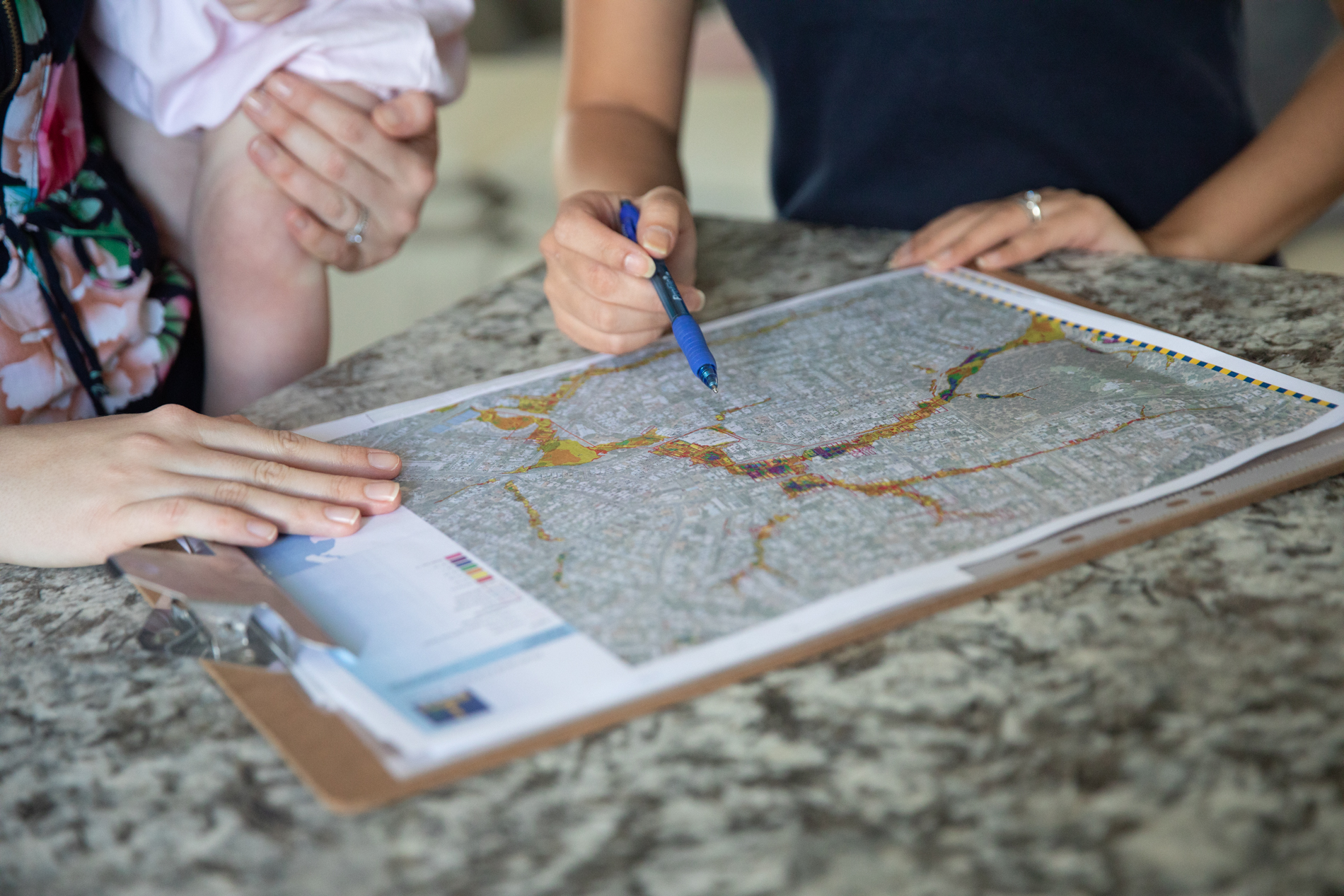 How to make your home flood resilient

Brisbane’s location on a floodplain, along with our sub-tropical climate and unique land features, mean…
Find out more 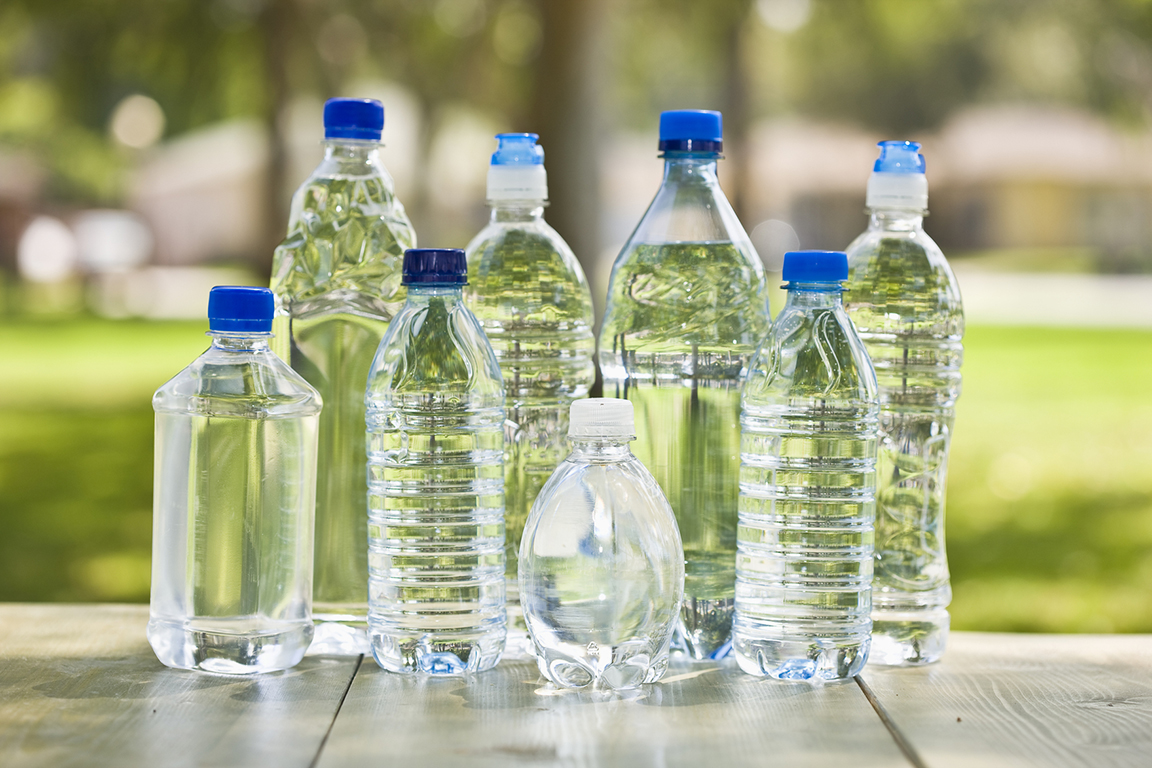 Love your bottled water? We take a look at what’s in the bottle, what we…
Find out more 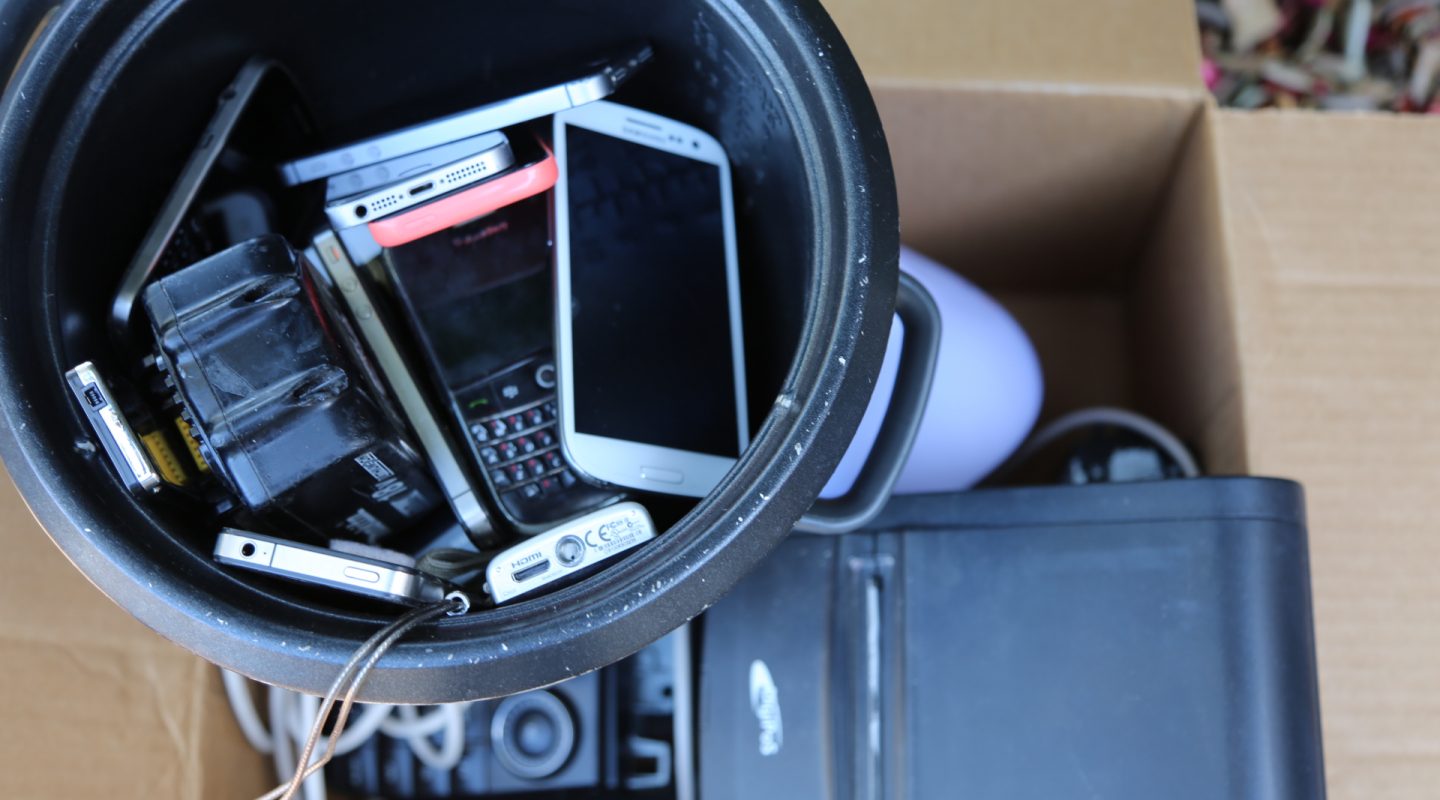 Tackling e-waste with your local community 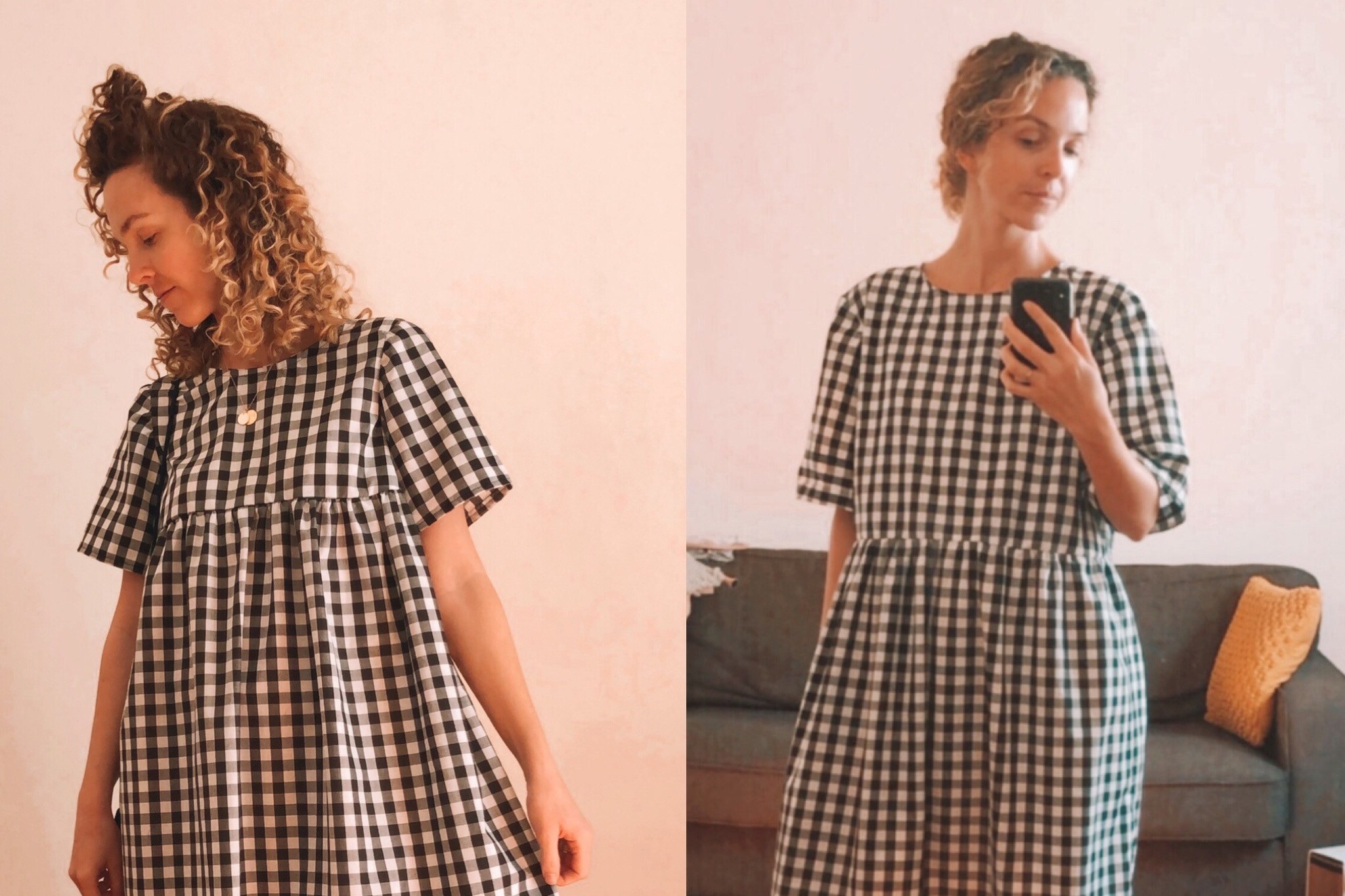 Upcycling your way to make a #wemade wardrobe 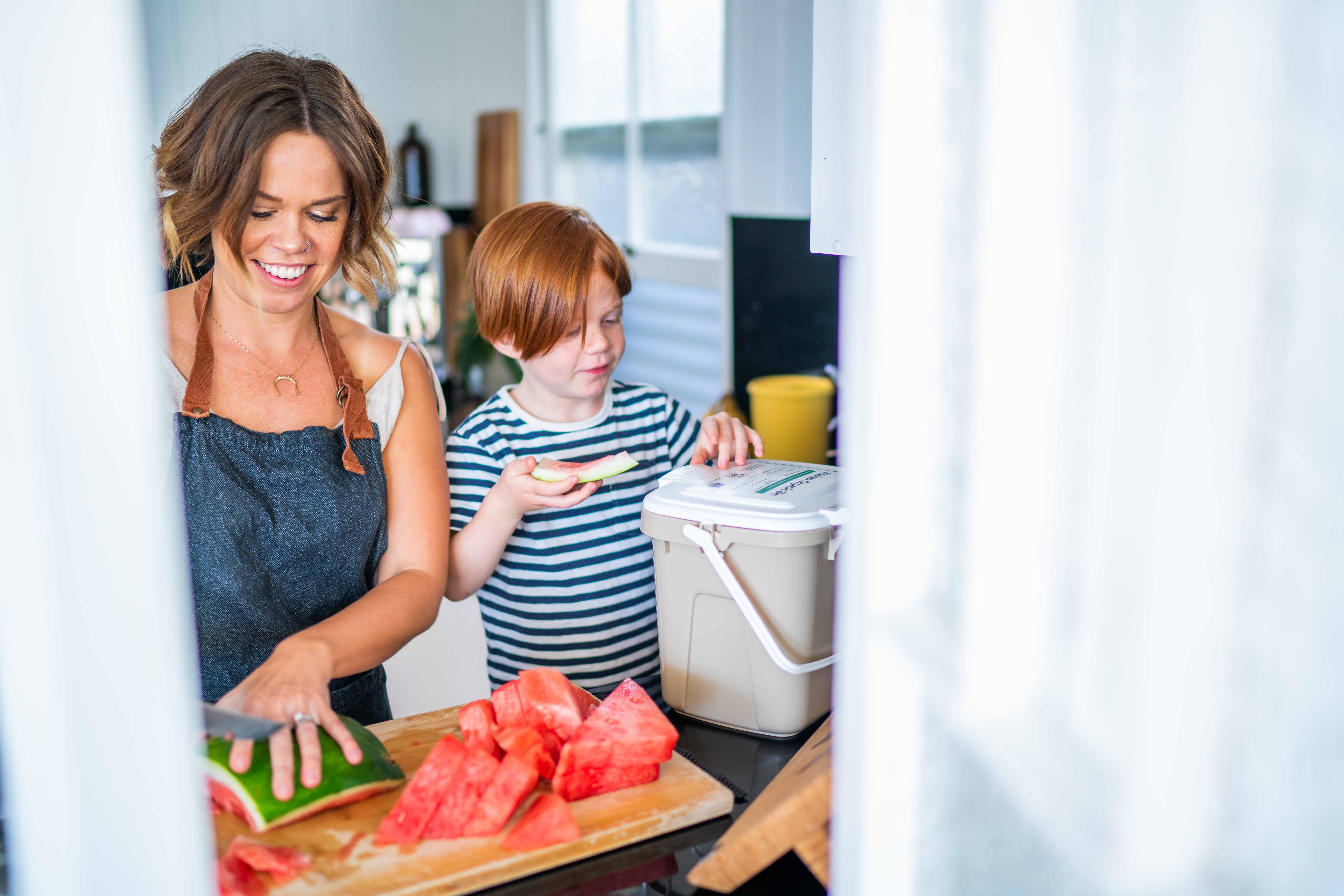 How to manage food waste at home

Live for Less looks at some ways to dispose of your food waste more sustainably,…
Find out more 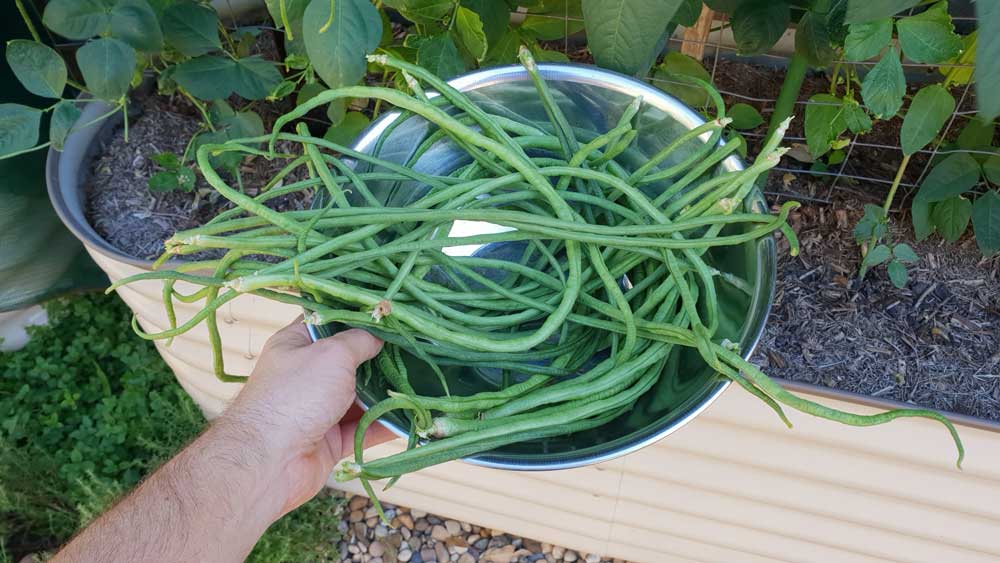 Why growing snake beans is awesome

Whether you plant in the ground or in pots, horticulturalist Claire Bickle rounds up the fastest-growing veggies…
Find out more 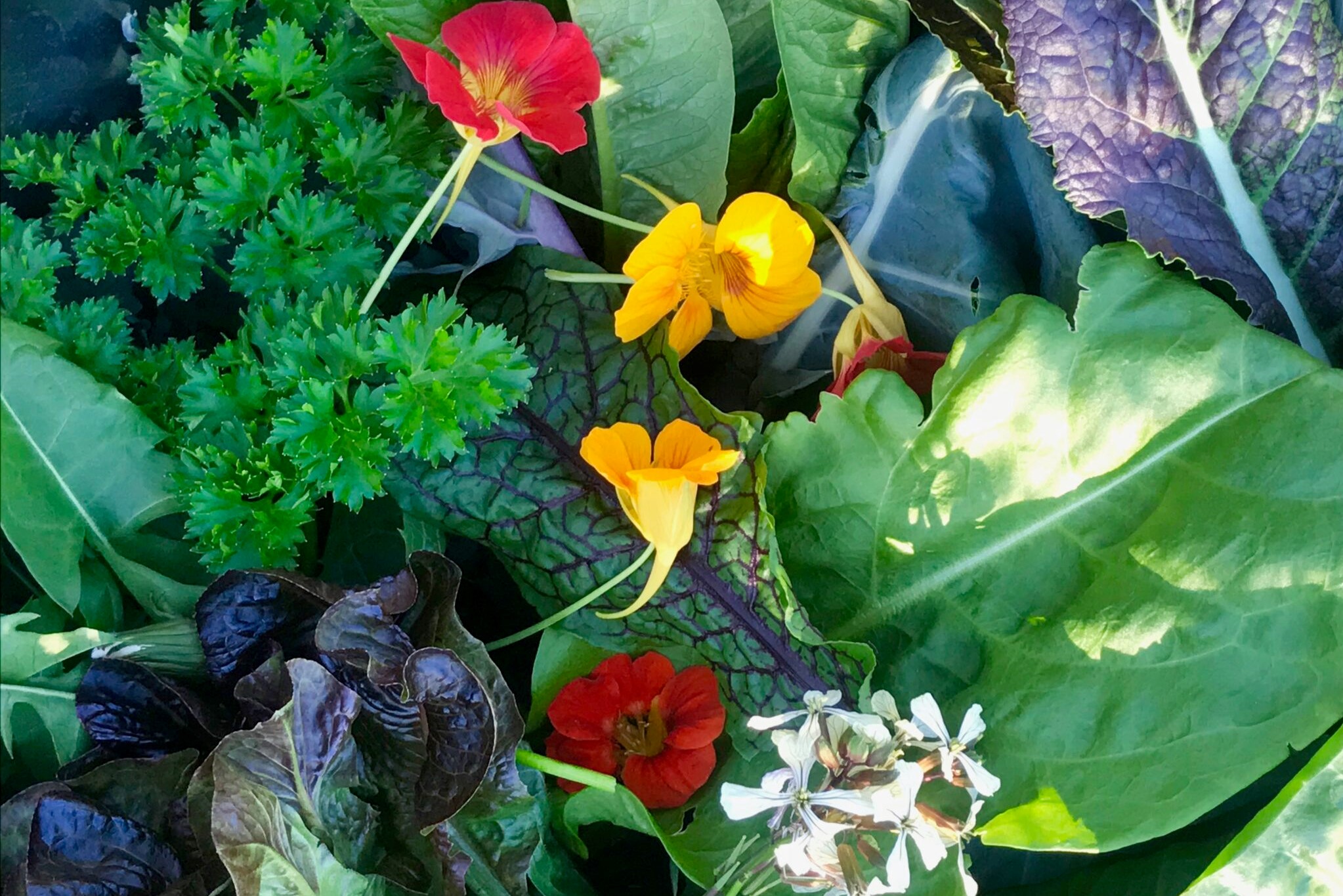 Whether you plant in the ground or in pots, horticulturalist Claire Bickle rounds up the fastest-growing veggies…
Find out more

So you’ve decided to embark upon the journey of keeping backyard chickens. Good on you!…
Find out more

If you’ve been deliberating whether to get on the #memadeclothes trend, then this is for…
Find out more 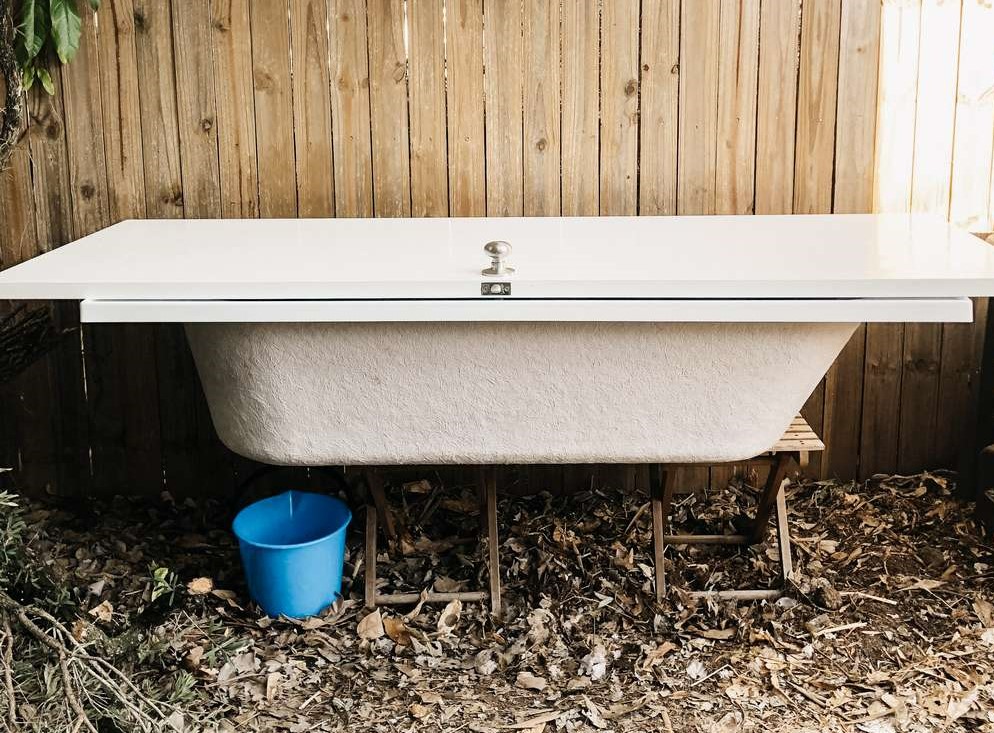 How to make a bathtub worm farm 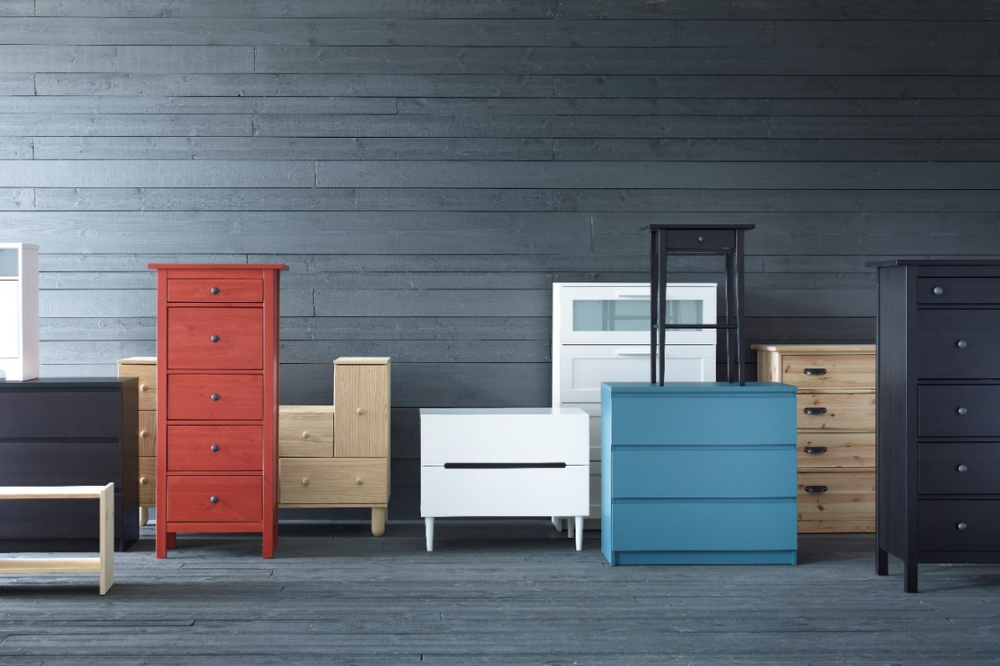 IKEA: The business of sustainable futures

We explore how homewares giant, IKEA, is set to become climate positive by 2030.
Find out more 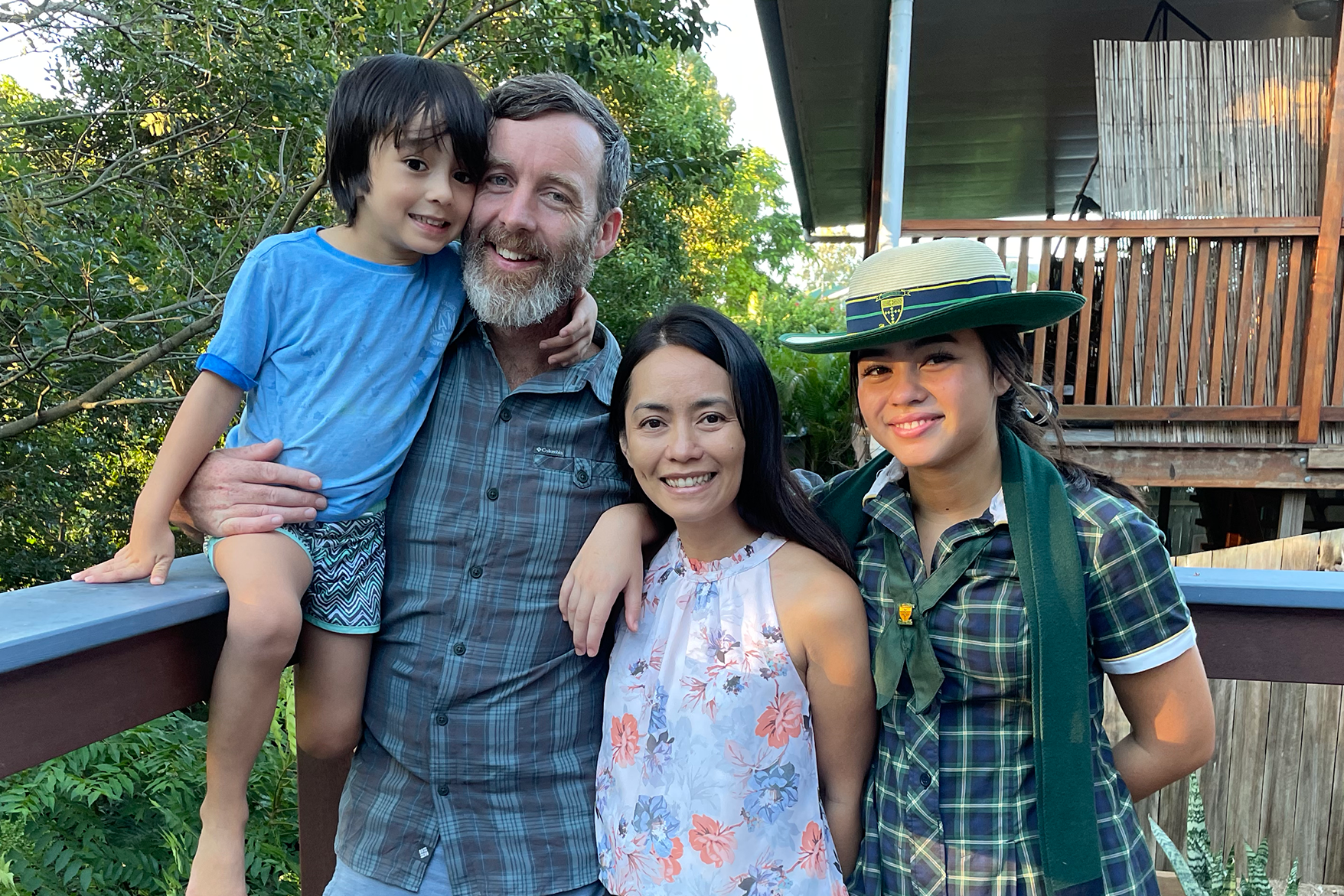 How families can lower their carbon footprint

Families across Brisbane are lowering their household carbon emissions and saving money on bills. Find…
Find out more 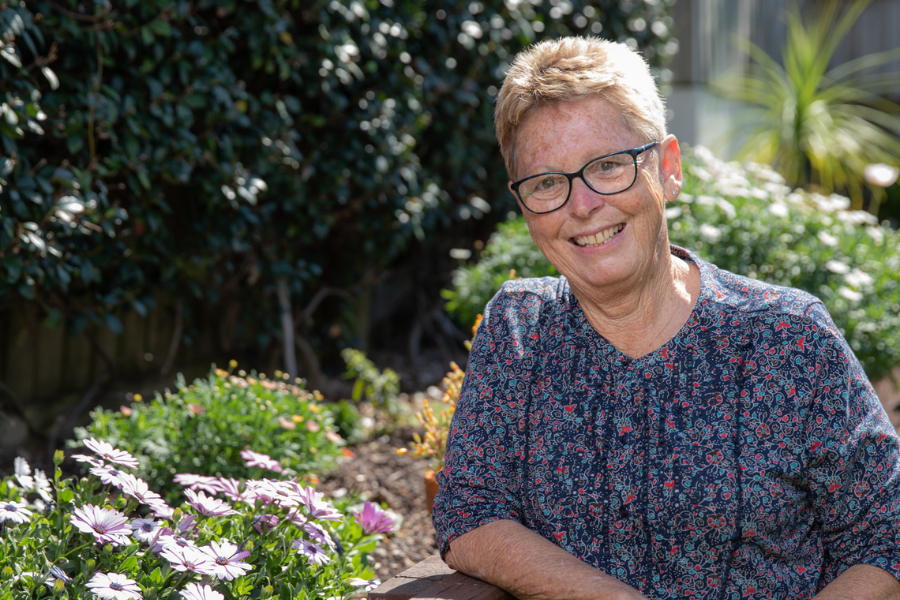 One change that can halve your household carbon footprint

While that may seem like a daunting task, you can reduce your carbon footprint by…
Find out more